What some of our friendly neighbors north of the border are saying about my debut EP up in Canada...

A tenderly dreamy ode to morning romance, Rocío (pronounced roh-SEE-oh) opens with a beautiful, reverb-heavy progression driven by the sounds of Delaney’s calculated picking. “It’s played on a ukulele — the recorder of stringed instruments,” the Austin singer-songwriter cracks.

Read more at The Tinnitist 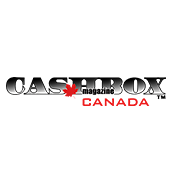 PSYCHEDELIC UKE-POP ARTIST TIM DELANEY FINDS “WHERE TO BEGIN” WITH RELEASE OF DEBUT EPAPRIL 1, 2021
Read More
Though a simple four-chord song, the song is layered with buttery vocal harmonies, sounds of shakers, and an enchanting guitar solo towards the end.

“Rocío” and Where to Begin is the first-ever taste of Delaney’s solo work, and gives the listener a general idea of his musical style: acoustic-centric pop and rock inspired by his ever-expansive taste for 20th century classics, from the British Invasion to the ‘90s grunge era.

Read more at by BK On the Scene
Previous
Next
Tim Delaney is a recording artist and producer from Austintonio, TX who currently specializes in psychedelic uke pop.
Read More
Spotify
Youtube